Might as well give up... so I did, going in circles has only a limited life... 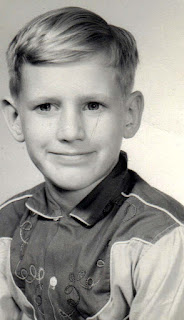 The Gun Violence debate is posed by the other side as a problem with the guns, access and danger... but the problem is Cain killed Abel with a rock. David killed Goliath with a stone. And current culture believes more in Road Rage than good manners. Entitlement, I have a right to be rude, crude and lewd... or so I think they think. Have a quiet conversation about the power of words with the intelligent ones, about how easy it is not to use vulgarity, profanity and obscenity. It is likely they are all telling you to take from the forbidden fruit - you won't die.  As justification for their poor choices and why I should be accepting of it - that is unacceptable. Go away!

So we are now engaged in a conversation, a debate, a rude shouting down match between the forces of good and evil, the left and the right the up and the down. Boring, nothing new, nor better will come from it. Well, you will take care of your portion of the conversation and the conflict, and I will take care of mine and I firmly resolve that I won't kill any children because they haven't gained their maturity. Also, I know they have much more to bring to brighten our world. I also resolve to resist stupidity as I constantly run into it. There is a lot of fantasy in the media, and fairy tales have been my favorites for years and years... but I never dreamed nor aspired to be the Prince, I was more the bookworm in the stacks. I took bat, ball, glove and a good book to Little League... notice I didn't play much after that.

Lovely wargame I was playing, I picked the name Ajax, and went about gaining experience and points learning the rules and meeting folks from far away online. But I started noticing empty castles, where players had stopped and now the castles were raided, looted and burned - no human life left inside. The computer machine age will miss human beings one day. No poetry, unfortunately I see the children I teach in Sunday school are already lost to poetry, as they sink deeper into their digital distraction device. If I were a betting man, I would say we (the tech savy civilized world) have no way to resist our end.

When we think another government agency, law, rule or tax is going to fix everything we are lost. How does the FBI, get into defending schools from raiding savages... just because the communications seem so quick? That doesn't mean you have control of anything. I can focus on the front sight, and I don't need optics or electronic enhancements (I just am not going to shoot that far). But I know that the government can't make my shot, only I can. Over and over, I hear Liberty Mutual will fix a flat, and I laugh because thinking only the Xperts and government can handle anything means we should return to a King, a royal lineage.  Don't study History, you might find this human interaction at every level hasn't changed. Personal responsibility, personal action and don't stay on the beach waiting for orders... it is a kill zone.

And was going to stop and get some Drambuie. And look at how much money is in my accounts, seems the property tax notice arrived at my home. So on post, to the base exchange I go. Sit and wait for the shop to empty a bit, then get up and go looking for the alcohol. I find some interesting furniture, a perfect bench for the porch, some assembly required. So I order it and intend to pick it up after the haircut.
While I am there I decide to look at the rifles, ugly black ones especially. They have the medium level ARs but then I see a CZ, 805 Bren S1 Carbine, and ask to look at it.  It costs a bit too much, but I like many things about it and see its potential. Talking to the salesman about the price, he said they had to send a different colored one back, seems they didn't think they could sell a six thousand dollar semi-automatic. Not in the exchange for sure. 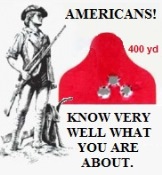 On my way out of the exchange I find the alcohol I was looking for, so picked it up. Paying the nice lady at the checkout I wondered when they were going to stop moving all the stuff around, being confusing to us seldom shoppers. She understood, probably heard it before. I did get my haircut, and didn't get my eyebrows trimmed, love the Mentat look.
In the real world, larger than my little piece of it, the question remains, what are we going to do to stop Gun Violence, and I know as soon as they use that term it is an anti-gun agenda. Not a real search for curing evil, bad manners, disrespect and increasing the love for all mankind... so whatever comes up, won't work. The answers have already been given to the question, but no one likes them.
Posted by Earl at 7:49 PM 3 comments:

I am sure that sales all know that seeing something produces desires, even if you aren't directly selling a product... They have college courses on that idea. My monkey see, monkey do was my mother telling me that just because someone else did it didn't mean I had to do it... and then she told me how my grandfather had told my grandmother he didn't have to show her how to drive, she had been watching him for a few years already.

The mind and vision link is amazing, and does make the transfer of knowledge or skills quicker than verbal pictures alone. But having taught a few things in my life, most of them critical survival skills, I learned early on "Do not ever show the wrong way to do anything"  The mind will always use what it saw, no matter how many words were used to say do not to do it that way...  Watching a governor say that our current culture has been corrupted by visual images in media and video games is only partially true. If your favorite actor never got to act again because he died in a motion picture, or if he was wounded and would ever after limp or was missing parts in following performances, the illusions about fighting and combat and death being painless and without cost would fade quickly. But your mind notices that he or she is alive and well next week or the next episode. Real mortality like real morality isn't very forgiving, but fantasy remains a fleeing truth forever. 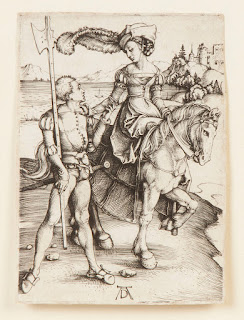 So we kill constantly on entertainment media, shooting guns out of hands and capturing the bad guys by smarts is so old Western fables, we want much more blood and lust. But the real people of the old west, would really shoot you if they thought they should. They had higher standards of polite conduct and social interaction. Y'all need to really study Mark Twain's works from his world. And doctors are giving us medications to cure our pains far beyond our ability to observe the patients constantly as their mind is bent, and the side effect lists and warnings become greater for the lawyers to profit from...  but the most troubling thing to me is the lack of faith among the many that really should know better. No God, no creator, no judge, no savior and no reason to be your best always... no reason not to grab all the little monkey sees and wants.

Often asked recently, how did we go from so many more firearms fifty to sixty years ago, to fewer now and more school shootings. One TV show about schools and teachers had a teacher bringing a gun to school taking it out and threatening his students and then firing some blanks... I as a real student would have gotten up gone out of the classroom, to lodge a complaint and not worry about the rest of the day, I would have even gone outside and smoked a cigarette. But the writers wanted you to think the students would have been terrified of the gun - gosh, I was a much tougher kid than that, much. And I was more terrified of pretty girls and being thought of as weak.

But I am almost sure I am going to be pounded for being so sure that God loves me, than accused of sexual misconduct or planning a bloody act of terror. Where did those strange values come from? And I won't make the evening news, I like shooting, guns and good people. I won't be news worthy...
Posted by Earl at 7:39 PM 1 comment:

God knows and the government doesn't yet but...

Somehow the entire idea that the government will make everything better is suspect. The FBI agents have adulterous affairs, think nothing of it, and are swayed to abuse their power for a political party or against others. And you want to understand how they could have missed preventing the shooting of so many at a public school in Florida. They were busy, likely.

The idea that the 'we the People' gave up our ability to handle problems is new... it is not historic, rational nor holy. I can affect my life and all those that I interact with, and do take responsibility for my actions. I cannot be responsible for what they think about my actions, thoughts, nor purpose. I must always believe we are all doing the best we can with what we have. 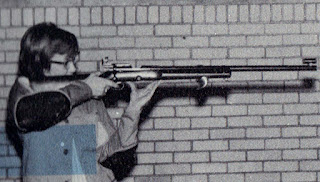 There are agents of evil, ill will, and destruction trying to change everything to the wrong. I don't spend anytime identifying them, but do run into them from time to time, or I see them from afar and avoid any place they would have power over me. I am at Liberty and choose to remain so.

My view on all school shootings, is that everyone needs to be responsible for building better people.  Allow, first, adults to carry loaded firearms everywhere. The government was restricted from infringing on their right in the 2nd Amendment of the Constitution. Secondly, enforce the first part of that same amendment - works for the Swiss and Israelis. To be secure in our nation the People must step up and be well regulated as part of the Militia. Train them, arm them use them to defend (free of cost) the schools and libraries.

Yes, there should be many other things needing done, but that was the start.