Earl's View, focus on the front sight: The End is near, Repent...

Earl's View, focus on the front sight: The End is near, Repent...:   So the dramatic unCivil Was has begun, the drama and tension are quickly rising and it is all blamed upon Trump and the Media and the godl...
Posted by Earl at 10:17 PM No comments:

So the dramatic unCivil Was has begun, the drama and tension are quickly rising and it is all blamed upon Trump and the Media and the godless Democrats. But really, it is me, my bad, my fault -- I did so many good and almost great things (only in my daydreams) that I can't get into the current culture, and feel so sad that so many are wallowing in it, like it is the only way to think and be. And it ain't!

So I am the party of one, exerting some influence upon my lovely lady. And we vote soon, 5 Nov, and have deep questions to help answer. Like why can't they use simple English to write Bills and Referendums and Initiatives? Something simple like the lawyers don't need to be hired to read it for us folks.

I have been thinking about my age, got good news on the liver, no problems. But on the two issues I vote about both are suffering from stupidity of the media and the politicians. So I am sad. I did sign up for two more Appleseeds, and one new pistolseed preview/presentation for instructors. In eleven years of Revolutionary War Veterans Associations and Appleseeds, it was only my Life Membership in the National Rifle Association that made me a domestic terrorist according to the stupid lady in San Francisco. I know she doesn't know me, and can't send the authorities against me, but she spreads ignorance and doom.

My only defense is to continue to speak, teach, instruct, coach and love our LORD and Liberty, the Zombies and Walking Dead are on the way. The Media love the drama and build up to the climax so the fools get all the notice, my eleven years of working on the ranges with shooters and other instructors, without accidents, without terrorizing anyone, without mobilizing to stupid conflict and hate -- is no proof of anything. But it will be part of my life, since only the writers can change the history, and some of them have a message without facts just their feelings. 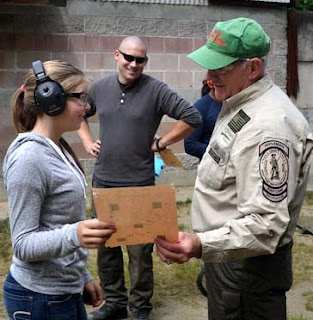 Earl's View, focus on the front sight: Great Appleseed weekend... had to be there...

Earl's View, focus on the front sight: Great Appleseed weekend... had to be there...:    I showed up and helped out, and the shooters were awesome. So many Riflemen made and repeated this weekend that the group will be remembe...
Posted by Earl at 6:49 AM No comments:

Great Appleseed weekend... had to be there...

I showed up and helped out, and the shooters were awesome. So many Riflemen made and repeated this weekend that the group will be remembered. Officially, 8 new, two repeats and only a few still knocking at the door or wanting to grow a few more years. Saw so many happy people both days, one would wonder why more folks aren't taking the liberty built into our country to have safe marksmanship training and firearms safety instruction and a shared with friends and family event.

Since I never signed up for this event as an instructor or shooter, there might be no official record. But the efforts of Andy and Ben came to fruition in that they were able to present me with a 100 event pin, a challenge coin and a nice note from Rusty, the National Coordinator.  Done in front of the new shooters was I hope motivating to them.

I have to write to link to the first AAR, HERE! Not the first one I shot at, HERE!

I am retired retired, I can go back to bed twice....

Great weekend at an Appleseed event, you know a safe rifle marksmanship instruction and shooting event, where they tell stories about April 19, 1775 in Boston, Lexington and Concord, MA. You know the ones that keep being held and no media coverage because - it is safe, it is traditional, and not worth being afraid of.  Hard to make folks fear what they understand and can control.

Went to the bank on Tuesday, felt a little old. I was in the line with all the others that seem to be grey or white hairs, wrinkled folks. Not trusting their fingers and digital distraction devices to do online banking, (aren't there enough ways to be ripped off in the world, someone has to invent more?) We were all patient and the tellers were kind and helpful, felt good not to be concerned with politics and turmoil of value. Watching too many commercials will do that to those not watching how misled the country has become. 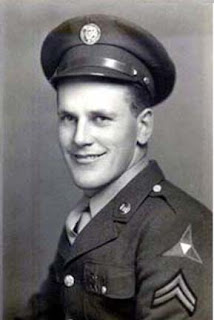 Discussions after Sunday School, about the coming collapse when Trump loses, or the otherside wins, or whatever. I had to point out that we shouldn't change one bit, still have God, Salvation, and we know the answers that will work. I would guess that unbelievers don't understand how Christians work in the world. The Chinese Communists fear Moslems, Christians, and Liberty - all things that make the individuals and their family and loves beyond the perfect mindless well behaving workers that they depend upon for service to their ideal nation.

later Friday before another Appleseed.

Finished my liver biopsy, results next week, lots of rage and foolery on the FB feed. Find my brother has been having his first experience with cancer and doctors having to do the operation twice to get it all. But he has it out and his fingers still work, now if he will allow healing to take place at our age it isn't as quick as our imagination always wants. Instant gratification is even slowing down for more profit at Amazon.com, isn't it?

I remain convinced that Western Civilization is in decline again. There was a fine article that I read about how we couldn't do what our fathers and grandfathers did, although we have a lot of cool toys and warm or cool homes.... but as a nation we can't, the real leaders weren't made on the anvil of failure and frustration. We are looking for heroes that will save us in the two hour max time at the movies. Don't want to know who the McCoy was of the real McCoy items. Yeah, we can google it, just can't be that effective ourselves. We were schooled to be good little students, workers, consumers... and not to get out of line... Don't give up hope, just rely on God, Grace and goodness. Nothing else works. I need to prepare for tomorrow. God bless y'all.