Well, maybe rebuilding my life in my mind's eye, where my thoughts are wildly wandering... dusty old stuff all over here. I find myself holding my wife's hand, why? She and I know but we aren't telling, we just laughed at my mother's joyful snapping a photograph of my holding my wife's hand as we strolled among the roses in France, Paris or Lyon in my memory. Her imagination of our love was always less romantic than it should have been. She shouldn't have raised such a wall flower that thought he was just cactus or bramble bushes. Just a frightened fellow that needs a thick skin with visible signs warning of dangers if one bumps into him... lonely level one...

Well, my monitor tells me it was going to sleep, as I listen to Up on Cripple Creek, because I scrolled across it as I checked out my Course of Instruction for this coming weekend in Ariel, WA. I was doing so much better without the digital attacks of the computers for my attention and consideration and commercial exploitation of my piles of treasure.... but I have a Pacemaker check today, see how Tracy is coming with her treatment or if I have a new tech. I will visit the YMCA after and come home to maintain my Colt AR 15A4 before Beto knocks on my door to take it away... for some reason that is on my pile of political promises I never expect to see carried out, seems they won't make any money at it. If they could gain revenue they would do it, but no money no honey....

So I sat on a bench outside the YMCA yesterday with an older paratrooper than I, he did the jump school where they learned to assemble the gliders of his day after WWII, then off to Okinawa and Korea in year two of the war... early into Vietnam as an adviser under a just planted MACV. Before SF got hot and we started shipping Divisions over there. He is the smarter than I man that talks to all the ladies as they pass by, asking bout their lives, loves and children. Makes everyone smile. Smiling works fairly well. I went off to buy groceries, stuff I wanted but didn't really need... ha, ha. Worked for me, steak last night, a nice thick one. Now I am listening to Marty Robbins and singing along to the ones I know best, which seems to be more than I thought. Especially all the gun fighter songs. Surprises me how many romantic ballads I know, too.

Earl's View, focus on the front sight: Well. the death struggle of America continues...:      You know, the one that Jefferson, Adams, Washington and Franklin told us about, where the tree of Liberty would have to be watered with...
Posted by Earl at 4:59 AM No comments:

You know, the one that Jefferson, Adams, Washington and Franklin told us about, where the tree of Liberty would have to be watered with the blood of patriots. Madison worked hard to make it stick with a Constitution that limited Federal government. They did all know what would happen when Americans forgot God and started to worship power and money thinking that good government could replace the LORD. Generations and time march on things change, I would guess the speed of everything from communications, thought, commerce, community the idea that 'we know' what is true. Most common thought is beginning Marxism, and not the famous brother comedy team. Can't do much about it, there aren't enough thinkers and worshipers remaining in control points. Education is done, federal and state governments and both major political parties are corrupt or just tainted with stupidity. One hates to think that anyone is intelligent and sucking up to the evil in poor government bureaucracy. That shouldn't be possible, should it?

It becomes tiring to stand independent, alone or almost a tiny minority. Although the best examples of real resistance are in the devote religious sects. It they aren't LDS, Amish, Jewish, Quaker they may not survive the attacks by the AFT, or Federal Government Goodness goofs. Or they may also get wiped out by drinking Kool Aid under the guns of cult. Or barbarian invasions and the laziness of forgetting who the original empire maker was and his struggle, and how they lived in the old days. 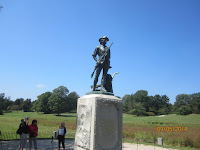 Really, our passion for learning makes it seem that the forefathers, and the great leaders/heroesalways alone in their quest for independence, good government, farming and industry. And they never were alone. They always came from a family, had a faith, an idea, could follow, lead or die in a cause, or write their posterity about the struggle and encourage the continuing evolution of a nation. But it isn't the nation that is important as the community to which they wanted to belong. that followed were

Commonly now it is the State and the Individual, and from the NFL to the NBA, and WWE they echo the hallowed halls of learning and government there is only how well one does, how much can you make money and how much you can be influenced to the cause... whatever the most important cause is now, not asking more than obedience to authority, rule by law not living in the spirit. There was much more art, poetry, song and dance in our lives but it gets run off for the universal beige and subtle colors of the DMV and waiting areas to pacifying the mindless masses. It wasn't the real drab of grey, black and faded blues of the Soviet Workers Paradise less. When art, song, and poetry became the line item on a budget far below the cost of defense, security and propaganda to maintain the dominance of the Law, the rules and the few that never had to concern themselves again - well what was best believed is over.

To those that understand, I will see you on the range, in the library, at the social point places along the way. Cling to your Faith, families and gentle goodness and good notions and spreading love among those that will accept if they ever know what is best for others. And stay engaged in life and the struggle to be worthy of the gift. We all are worthy, just don't seem to know it.

So, two emails to my Senators and my Congressman...

Means I hope they get the message about my concerns, will do again later. Mostly I would like the government to leave me alone, I have things to do... don't we all?  Seems that my linkage to the
National Rifle Association makes me a terrorist to be feared by the faint-hearted few. Some nice looking elected lady in San Francisco convinced her fellow fearful folks that all their alarm over AR anythings and mass shootings is the fault of the NRA, an organization that promotes the common use of military grade weapons among those evil gun goofs. Well, the truth is that the NRA isn't what she fears, but since urban myths are the stuff of horror fiction, thank you Stephen  King, and she knows that all MainStreamMedia (that includes you FOXNEWS) is truthful since they say the same things as her friends all do. And 'everybody knows' about the AR rifles.
Speaking of which. I took mine to the range and did some more zeroing and getting introduced to my fine AR-15A4, still haven't fired a box of fifty rounds yet. Too frugal, and still learning about my rifle. The thought I should take it to the upcoming Appleseed crossed my mind, and I might have but the Range at Redmond is tight and we had sold out attendance and only four crew. The first priority is instruction in safety, shooting, steady hold factors, Natural Point of Aim, Rifleman's cadence, and what Americans were about in 1775 around Boston. For sure they aren't like that any more... something happened since.  We don't cover what happened.
I was called by a robot that wanted me to press a button. I don't answer to robots. Something about an appointment at a Cardio Clinic of the Franciscan System. I didn't have evidence of  one in my papers, will have to call and find out who requested it, twasn't me.
Posted by Earl at 5:45 AM 2 comments:

Earl's View, focus on the front sight: Time to quit the struggle? Why, too much stupid ev...

Earl's View, focus on the front sight: Time to quit the struggle? Why, too much stupid ev...: The King demonstrates he can't do it all.    The government is very clear, they don't appreciate the 2nd Amendment. And because ...
Posted by Earl at 9:34 PM No comments:

Time to quit the struggle? Why, too much stupid everywhere?

The government is very clear, they don't appreciate the 2nd Amendment. And because the gun goofs focus on the second part of the sentence and not the first (worrying about government overreach) we no longer have a secure Free State. We are just the lesser creatures and no longer really in charge of the nation and its destiny. We don't secure it, defend it, nor are we treated as important for more than our uninformed votes. The two major political parties ensure change just doesn't happen, the Justice and law enforcement seem to only worry about generating money, and holding back anyone that rumbles about the government. There is little evidence that the elites will have to be subject to criminal codes if they get great lawyers and special consideration.

As long as they control the news and the message, there will always be fools sure that the government will be able to control everything. The truth is they never are, they may have to kill a lot of their citizens but the government, in all cases where the voters aren't engaged in making the right things happen, fails over half the time. Two examples in America, illegal immigration and drug enforcement. Why would you think firearms would be any different?

Make sure you contact your Congressperson, often. They do note trends of emails and townhall points. They will follow the Party line, but keep trying.