Domestic death is mostly caused by?????

Gravity, silly. More people die from falling around the home than all other causes of death. As long as everyone doesn't go Hollywood and full auto and artillery in frustration. The Congress, as with the Affordable Care Act, refuses to pass a law or repeal the current law of gravity, we are doomed.

Being an older old man I have a great fear of falling, on the motorcycle, from a ladder... heck, even the thought of falling at the YMCA has had me about three years of clutching with one hand the lockers as I draw on my pants when I put a foot through the leg holes. Until yesterday, yesterday I stood on both feet, held the underwear or trousers with both hands and stuck my feet through one at a time... without leaning on a wall or anything.  I think the skills and flexibility have been waiting on my mind to smother my fears of falling, or maybe that bloated belly had to get out of the way... such an ugly picture in my mind (luckily I don't watch it just do it). Sure enough, I did it twice again this morning feel younger already. 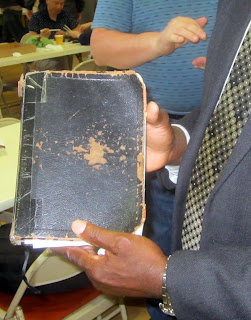 At the church two weeks ago I caught a very well used Bible, and took a picture of it.  The brother is wearing it out well. End of the month tomorrow, and May Day is Sunday, the Communists will march, no telling what North Korea will do.

Just defeated the last two independent tribes on my wargame,  Time for more coffee and breakfast and the news then off to the YMCA for socializing, sweating, and pushing all my limits except in thought and spirit. Have to get the weed wacker out for edging this afternoon, maybe even cut the grass and clean the gutters... well, that is enough good intentions for today. Be good because anything else is a waste of effort and will mark us as sinners instead of saints.
Posted by Earl at 6:22 AM 1 comment:

Alarm! or breaking news! or get up and save the lady, old man!

Usually I wake and get up first, but not today, my wife is up and off to make coffee when she cries out and calls my name like I am her last hope. I stumble sleepily towards the kitchen and see her using her new selfie stick to take photos of herself and she wanted me to join in the fun. Ah, I will get a coffee instead, I think I already know I don't look prepared to face the world, just another thirty minutes would have been perfect.  I guess I could put the pistol away now, but I didn't go for a gun since that is a last item on my wake up list. Once I slept with a fully automatic AR, but I was younger then and I am so much older now.

Sleeping good, the old Vietnamese Captain asks if I sleep okay, he encourages, or exhorts the fat folks that go regular to the YMCA. Some of the veterans have more issues with their past than others. I am not really fat, I am just full of it (fat). So my wife makes banana bread but doesn't take it to other places to share, just keeps it within my arms reach.... ugh. I am so weak.  But thankful it is just age not illness, cancer nor criminally slothful. I noted as I left my car in the parking lot, the number of old folks, families (with little children) also on their way to the YMCA.

In some self analysis- I am known for guns, gun stuff, some military and some Christian persuasion... so I can go to church and get seriously asked about storing pistol ammunition, how long and anything special? In Sunday school I can tell the children that they shouldn't touch pistols, revolvers and other firearms without an adult. And never ever point one at anything, but if they never touched one they are safer, now go get that adult to take care of the firearm. I don't spend much time on it, since the grounding in the Gospel and the Bible are needed most. I do mention that when they and their parents decide it is a good time for firearms safety and show and tell, I recommend the NRA and even me (I have NRA training for it). A very big problem is Hollywood entertainment lies about firearms, what happens when folks are shot.  I ought to ask the Pastor if he would like me to put together a class for families about firearms, especially the families that don't have firearms, don't see the need for them --- and don't see the need for the knowledge. He will look at me funny.  Some of my best ideas get that result from folks that are in charge and control.

I did get to see Donald Trump's views on the 2nd Amendment, I know Hillary Clinton's views, neither is going to get the stupid gun laws repealed, nor eliminate the BAFTE or merge them with the FBI. I don't favor merging them, Ruby Ridge and Waco, Texas were joint agency operations and didn't go well for the innocent.

Neither major political party has the answers to the question about what they should do, NOTHING or MUCH LESS, in order to restore the Constitution and set the people at liberty to correct the errors of the recent past (last hundred and ten years or so).  So I will participate but expect failure on the long established suffering the evil born of the good intentions gone wrong. In the end, of this government no longer of the people, by the people and never for the people will perish, cause of lack of history, moral values, and just plain stupidity in office - elected, appointed or hired.

Sleepless in almost Seattle (Spanaway if you must know)

I get up and empty the dishwasher, and then pay some bills and decide to go back to bed, so much accomplished in the quiet darkness of the full home.

Picked up my nephew and his wife at SeaTac, they travel light, only three carry-ons. Our plans are for Mount Rainier on Thursday, Seattle on Friday, and Vancouver BC on Saturday.

It has been fun to watch my wife talk almost nonstop.
Posted by Earl at 4:38 AM 3 comments:

The week is almost over... 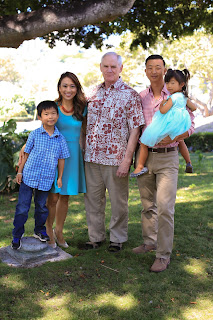 I was feeling good about my control until Wednesday afternoon, when I decided that I didn't know for sure that I had sent in the mortgage payment.  When returning home, I remembered to check, found that I hadn't and made it good. Went to Awana Club and provided some adult representation and enjoyed the vigorous happy children. Every day except Sunday I have gone to the YMCA for my exercise, often recalling how I wondered at Greeks and Romans that would go to exercise, sweat, clean and oil up every day in the good old days.

I think that I will vote, casting all ballots tomorrow and getting them all into the mail and off of my desk.  Clean up needs to continue.  We are hosting visitors from Korea, my nephew and his wife, they are coming to visit her family in Vancouver - But I still have no idea if that is Washington or British Columbia, but we meet them at the airport on Wednesday. I will be busy and my wife anxious - the first time her family of any generation has bothered to stop by. It will all be well, I already removed the moss from the tool shed. Will have to stop and shoot some tomorrow, after the YMCA, have to keep trying to get better.

Just a short week ago on an island far, far away... 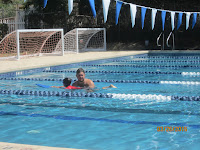 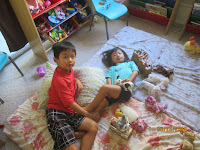 The Air Force delivered forty-six passengers safely on Thursday night, and I was met by my son and grandchildren and the good stuff just got better from there. Friday was my son's golf game then swimming practice with the grandchildren (theirs, I never got wet that afternoon). Saturday was the swimming lessons, one on one, for the grandchildren then lunch and going to Sea Life Park. Sunday was Easter Service at Roosevelt High School with hamburgers and stuff after. Then I finally went swimming with everyone in the heated saltwater pool of the condos. What a great time, Monday morning was going out to fly a kites and ride bikes at the local park. I got my kite all the way to the end of its string, very nice wind. Then back home for a fair well lunch to say good bye as my son was dropping me off at the airport on his way back to work, his leave being over. 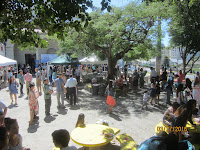 I was still happy and smiling days and days after returning, so much so my wife mentioned I should go to Hawaii more often. The place is full of nice people, interesting folks and good memories built until the next time.