Earl's View, focus on the front sight: I have questions, having finished my second illnes...

Earl's View, focus on the front sight: I have questions, having finished my second illnes...:  Finished the medicines for the UTI and feel fine now, had something new and terrible to save myself and my wife decided that I would flush ...
Posted by Earl at 9:56 PM 1 comment:

I have questions, having finished my second illness...

Finished the medicines for the UTI and feel fine now, had something new and terrible to save myself and my wife decided that I would flush it out with water, so I am drinking lots of water.

What is the virus we are hiding from? What does it do to a human, preponderance of its effect and percentages of true victims? Does sheltering in place slow the spread? what is the SWAT waiting for to save us?  How will we know we are over the virus?

I haven't taken as flu vaccine since I left the Army, but haven't had the Flu. I have had bad colds and coughs, did tke the pneumonia vaccine. Wish everyone in the world good health and all success with the Corona Virus 19.

Of more to fear, is Government Overreach to get a population in obedience to it. Of even greater concern is a government that can't balance its own books. Give it to the LORD, we can ask questions.
Posted by Earl at 9:53 PM 2 comments:

Court Contest to begin, why? Well, the government is crazy...

I am really bored, don't feel threatened by anything except oppressive government. But I have it great, really. I am retired, no one wants me to work, as my mother said many times too many workers mean that wages are low, unions attempted to fix that, without becoming guilds with a established grading by experience and training, except in certain skills. Overall unions are just thugs that may get you a job, or contract. If they weren't thugs I would have more respect for the union, but they sell political power by benefits to themselves, and that often looks like the guys on top, are getting big bucks.

Anyway, I haven't gotten the current curse, Covid-19. Since I live in a real hot spot Washington State under Governor Inslee, a progressive Democrat.  I am blest, but no one has demonstrated that the guidelines of social distancing, washing hands, masking if you have a respiratory illness really works. But they don't really hurt me, I am living in my grandchildren's future and am a bit of recluse.  I was for the anti-malaria treatment as soon as it was mentioned, why? Because I remember taking two different anti malaria pills during Vietnam. Something works, take it. I was valuable back then and had to consume all medications, vaccines and such as directed. Now they are just waiting for me to catch something I can die from... and I have choices and don't have to use their medications.  Until they tighten up shot records for travel.

Anyway, being in America is fine except for the fears generated by media and government, most of the country doesn't pay a lot of attention to the government, until they get in the way.  And we doubt the government because they lie a lot. So does the media and examples are everywhere. And everyone knows the internet is full of experts of all the important stuff. Ha, ha!

I do see how the end of the world authors got it so wrong, they try to write the Decline and Fall of the America nation in one book with a happy ending and small successes. But it will crumble far slower than computer speed-  being History we will only study the big stuff, but it is all little stuff.
Posted by Earl at 4:06 PM 3 comments:

Feeling better, no matter all the terrible news from all around me...

So I went to the emergency room Sunday morning and the tested me and looked me over and sent me home. Cause of the visit was blood in my urine, actually started passing clots of blood. I am not in the jungles of WWII and have no reason for falling apart but my wife is sure it is because I will not become a Korean, or listen to her expert advice, or submit. Actually I think she knows if I start to pay attention to her I must really be sick and need her help. Her priority for my action was to tell my son, anyway it got her happy.  I text him the entire event and keep him posted.  Ever notice that once under care the patient starts worrying about making a mess or being a burden.  I was feeling bad for leaving a trail of blood, and I wasn't even wounded in action. 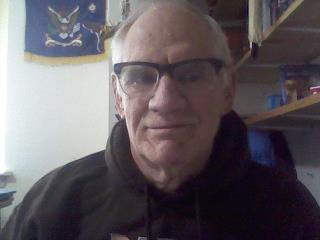 Not that I know anything yet except feeling better now, but I think I have a biologic warfare germ. Evidence was the deep fevered sweat on Saturday morning. Or just getting old and different parts of my body are giving up at their own pace.  I am for the biologic warfare germ, but recovery without medication proceeds just like normal. Food, sleep, lots of water more rest. In the background is constant terrorizing by the media. It is out of our control, we must surrender to the Chinese. America is wrong, doing the wrong thing, we can do better when we get rid of Trump... over and over. How do I know they are just sensationalizing the virus? Not that it isn't killing folks, but really they run their commercials as they cover what people need to know, they aren't serious.

Now I can have my own fears, bladder cancer, some other cancer. cigarette caused, or agent orange or too much cable news in my programming. But why have, or surrender to fears? especially when I can't cure any of them. Leave them to God, and work with those trying to help.

Thursday afternnoon, just got call from the labwork done from Emergency Room. I have a especially nasty urinary tract infection and will be issued antibiotics just have to take a book to read while I wait for the drive thru line to get done. It is long. But I have pleased to need so little.
Posted by Earl at 1:10 PM 5 comments: